How STEM can save the world through storytelling

Television star Kari Byron and EXPLRmedia founder Jenny Buccos want educators to know that science, technology, math and engineering can save the world, and it is the next generation of students that can be instrumental in our planet’s survival.

So what will it take to solve a myriad of worldwide crises—from global warming to future pandemics to the destruction of habitats? The two STEM-driven leaders told attendees at the Future of Education Technology Conference on Thursday that much of it will be shaped by storytelling, and how those narratives in those fields are developed and shared among thought leaders and children.

“STEM, especially science, is what connects us all as human beings. It connects to every aspect of our lives,” Buccos said. “That chair you’re sitting in, someone engineered that. The breakfast you had this morning, that’s science. No matter how you vote, STEM is in that voting booth. We work with foundations and STEM leaders and companies to help change the narrative around storytelling, and really drive home that fact that science needs everyone and everyone needs science.”

Byron, the star of popular shows MythBusters and Crash Test World (which show the creative genius of science in real-world applications), admits she wasn’t that fond of STEM but when she began curiously exploring projects with her hands and physics teachers began using clips of shows to teach critical thinking, that became a turning point in her career. She then connected with Buccos and EXPLRmedia, a subscription-based platform to empower students to become active in shaping their world. More than 50% of the videos they now produce have STEM tie-ins.

She certainly understands the value of STEM now. “Did you know that you can get an engineering degree, a B.S. in explosive materials?” Byron asked. “There is a degree for everything. There are people whose job is to test sewage for disease and drug use.” 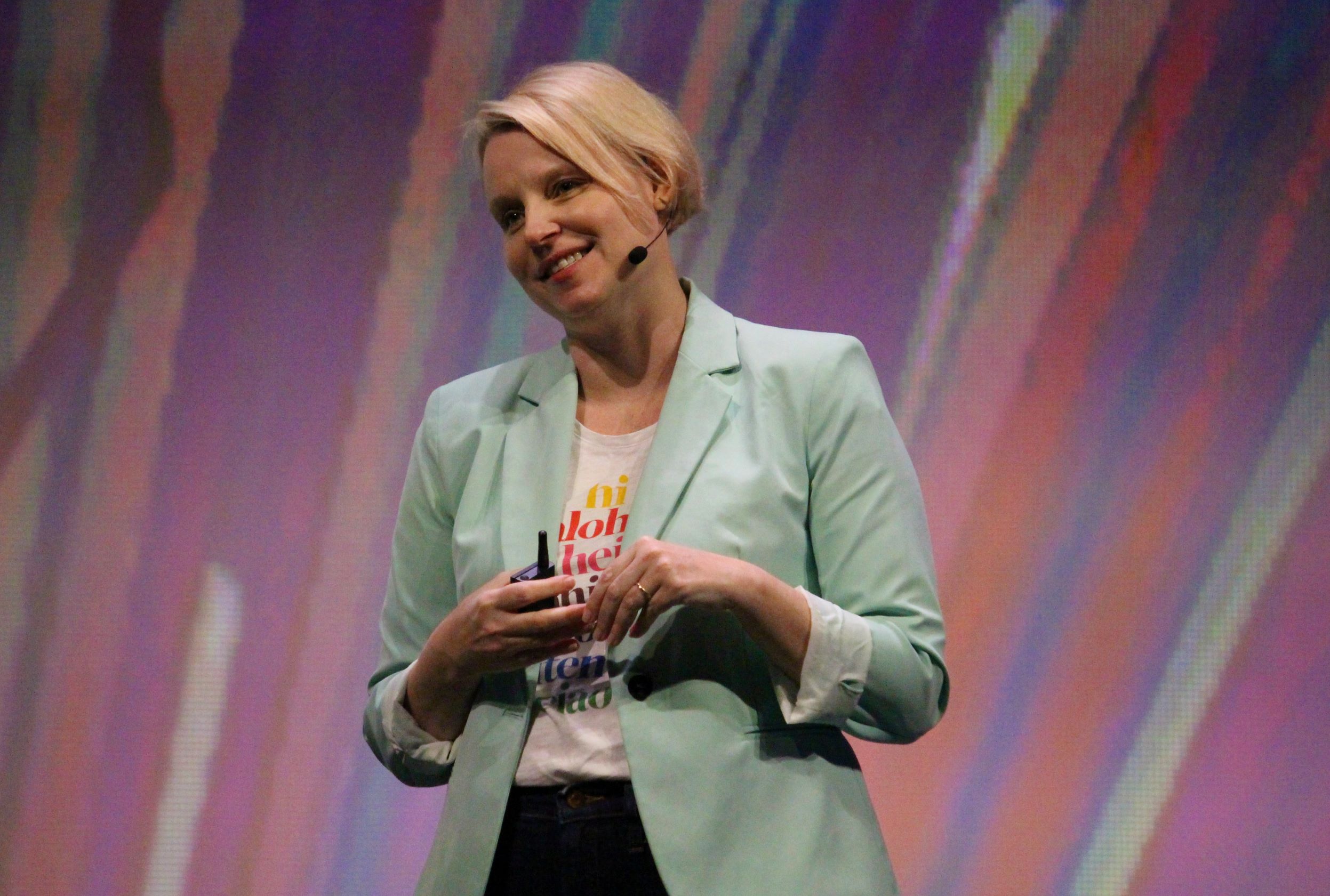 With STEM careers sprouting up in just about facet of society—and, most notably, jobs of the future—the importance of educators in helping students follow through on their creativity and curiosity has jumped exponentially. If they want to get started, they can simply fall back on their own talents and follow the lead of Byron and Buccos.

“The reason we picked storytelling today because if you are in the classroom, or you are in leadership in your school, you are already natural-born storytellers,” Buccos said. “You all have the ability to be video creators, videographers, photographers, storytellers. You stand up and give a mini performance every single day. You are collaborators, you are creators, you are visionaries. Why not share that? Your know your students, their experiences, their backgrounds. You’re the best storyteller for them.”

If they’re looking for tips, they can find them in EXPLR’s new series called Everyday Science Stuff, which premiered here at the Orlando Science Center two days ago. It features host Justin Shaifer, the popular STEM advocate better known as Mr. Fascinate, who attended the FETC session on Thursday and was a keynote speaker at the last live event in Miami. During their session, they also highlighted other shows like Sesame Street, Blue Planet and Hidden Figures, that have made a global impact. Buccos noted that “the British Parliament started discussing the ban on single-use plastics because of Blue Planet. STEM is literally saving our planet through creative storytelling.” Aside from creating fascinating STEM-centric content, Byron and Buccos emphasized how empowering STEM can be for all students. That two women have risen in media to become the drivers of STEM broadcast series is a rarity. Educators have a role to play there as well, ensuring that girls are being made aware of opportunities.

“Women make up 47% of the workforce, but only 28% of science and engineering jobs. And women of color, only 5% of those,” Byron said. “Many women I know in STEM who are trying to pitch shows are constantly told the voice of a woman is not trusted in science television. And we’re talking about successful hosts. How do we show them who they can be? That has become an ethos that Jenny and I share, and it has become a very important role for us now as creators. I want our audience to be able to look at every show that we do and find somebody that looks like them.”

For educators, the delivery of that content is important, too. “If you want to tell a story about the refugee crisis, you don’t tell a big story,” Byron said. “You tell a relatable story. You talk about one girl that’s nine years old. When kids watch that, they say wait a minute, I’m nine. I’m playing Roblox on my phone. I’m just like her. And they pay attention.” 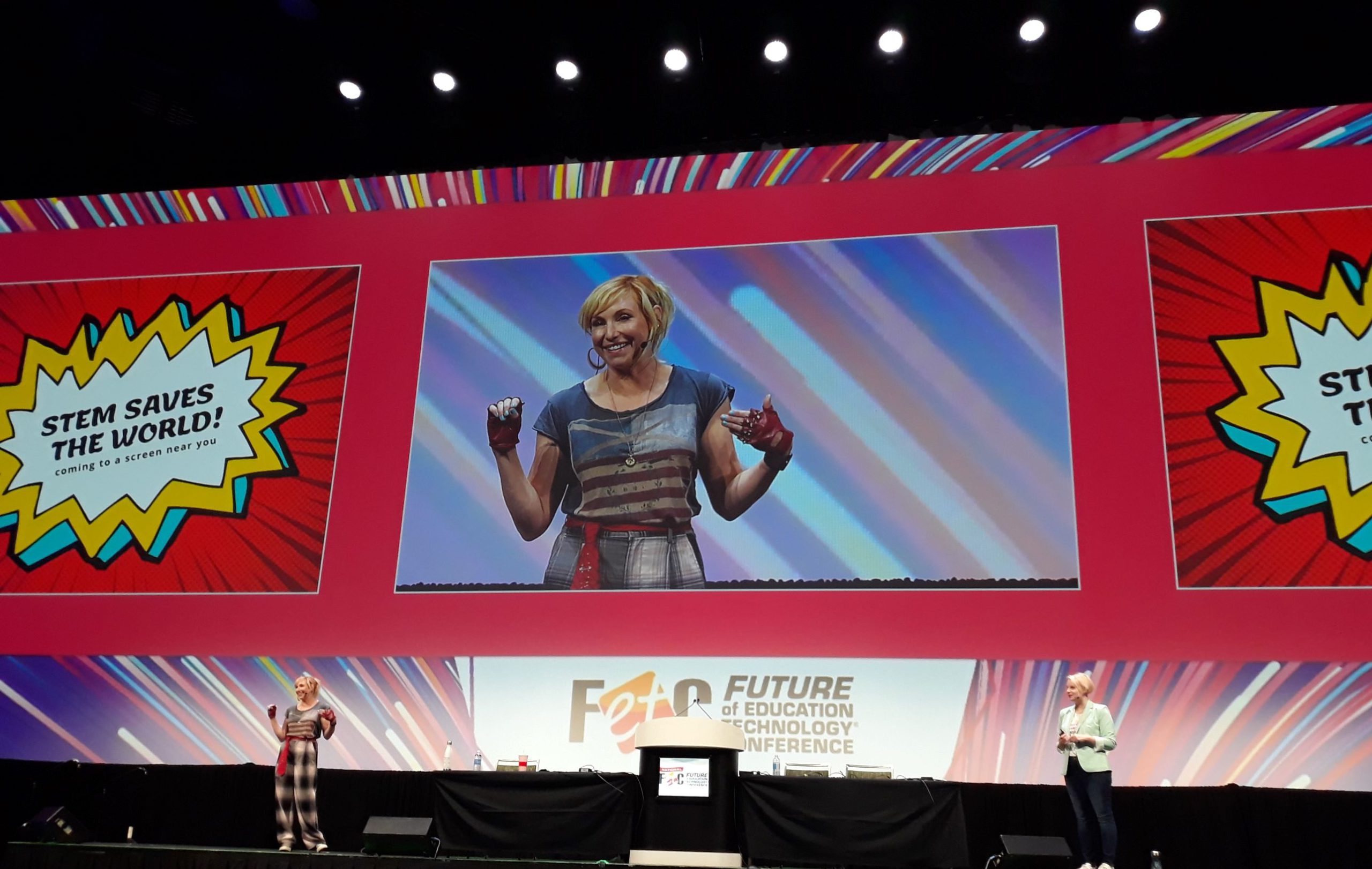 Buccos said there are three Rs to remember in helping provide difference-making STEM paths to students—they must be real-world, relevant and relatable. But admittedly, they could use a helping hand—from media, from agencies and from leaders at their schools. “If you’re an administrator, let your teachers be creators,” she said. “Let them have the time for play in education. Let them have the time for storytelling in education, and I promise your students will be better for it. They’ll be more engaged. They’ll understand the relevance. They’ll show up.”