By giving more students access to pre-college exams such as the SAT and ACT, better average scores can result.
By: Alison DeNisco | Issue: April, 2019
March 14, 2019 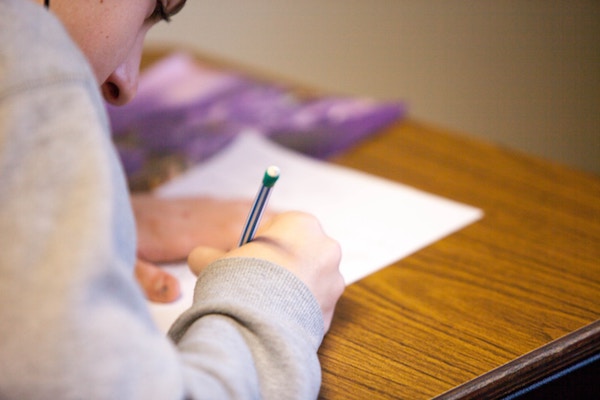 Just by giving more students access to pre-college exams such as the SAT could lead to better average scores on those exams.

In 2017-18, Montgomery County Public Schools in Maryland allocated $450,000 of its operating budget to allow all 11,000 high school juniors to take the SAT, ACT or a career certification exam for free. Some 7,834 juniors took the SAT that year, up from 5,893 the year before, says district spokesperson Derek Turner. SAT scores for the class of 2018 increased by an average of 41 points over the year before, and it’s expected that this success will continue with increased access to the tests, Turner says.

“We realized the basic cost of those assessments that allow you to open the door to college or a career was a barrier for some of our students,” Turner says. “It wasn’t that the students weren’t capable of performing well on those measures; they just didn’t have access.”

One-third of the district’s 162,680 students receive free or reduced-price meals. The decision to pay for tests for all students levels the playing field as much as possible, Turner says. Nearly every student has taken advantage of the offer.

Making the investment in tests

Administrators requested the exam funds as part of their yearly operational budget proposal to the county. The district also eliminated the hurdle of students having to find a ride to the test location. Students can take the SAT on a designated school day at each of the district’s 25 high schools.

“If you have to figure out how to get yourself to a testing site in an unfamiliar location on the weekend, that distraction takes away from performance,” Turner says. “Now, you’re able to think about testing in a different way, and open the door for greater performance.”

Students also register for test days at their schools. For the ACT and career licensure tests, the district provides vouchers to reimburse the costs.

Career licensure exams that qualify for reimbursement include automotive, cybersecurity and cosmetology. “For so long, we’ve been telling people the only path to a career is through college when that’s not the case,” Turner says. “We’re happy to pay for licenses because they lead to meaningful careers.”

Students must pay the fees to retake exams, Turner says.

Funding is the largest challenge for an initiative like this, Turner says. Administrators must convince community partners and funding bodies that a small investment can lead to a large payout in terms of equity, Turner says.

“Our community and county council understand that this money is a lot in the short term, but when you think about the 11,000 kids who graduate every year and the businesses they will build, you’re getting a lot of bang for your buck,” Turner says.

Parents have also asked the district to cover the costs of AP and IB exams. But starting small and determining how to scale up later is the best plan, he adds. The key is providing basic access.

Ideas on why and how to evaluate your school wellness programs.

7 questions about COVID-19 vaccinations for districts

Experts answer timely questions, including: Can employers purchase vaccines? Or require employees to be vaccinated?

The districts require students and staff to wear masks without letting parents opt out, which the state says is in violation of an executive order by Gov. Ron DeSantis that restricts mask mandates in schools.