Fact or fiction? Media literacy in 2020

The surge in the deliberate use of misinformation spotlights Americans’ limited abilities as effective consumers of media
By: Susan Brooks-Young | November 5, 2019 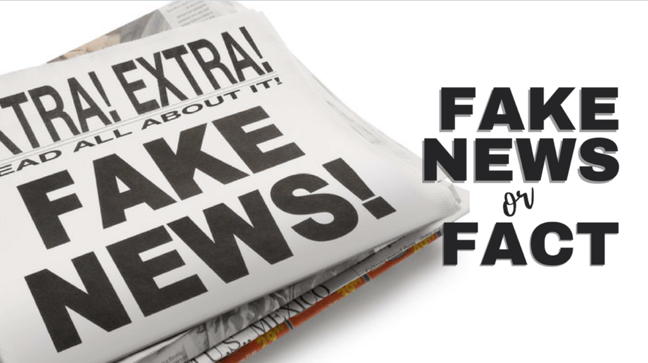 What is your take on these recent news stories?

The first of the three stories above is true. The photo of a man named Nikolai Machulyak hand-feeding polar bears was taken near Cape Schmidt, a town in Siberia. The other two are not true, but all three were widely distributed across social media platforms in recent months.

Does it matter if a man in Siberia hand-feeds polar bears, or if the ingredients in plant-based burgers are identical to premium dog food, or if popcorn can be popped using a pickle and a battery? Probably not. However, other lies-disguised-as-news articles that may make a difference flood social media outlets daily.

Written specifically to influence readers’ thinking about an array of important issues, people whose primary news sources are Facebook, Twitter, or similar platforms may make decisions about these matters based on distortions of the truth or even outright lies.

Take the last U.S. Presidential election as an example. Thirteen Russians and three companies have been named in an indictment that accuses them of using social media to manipulate the November 2016 election. The charges allege that the Russians used stolen American identities and posed as activists to promoted disagreement amongst Americans on hot topics like immigration or religion and to promote negative feelings about democracy.

We still don’t know how much influence these articles ultimately had on readers, but the surge in the deliberate use of misinformation has spotlighted the limitations of Americans’ skill set is when it comes to being effective consumers of media.

What are our options for turning this around? Daniel J. Levitin, author of Weaponized Lies: How to Think Critically in the Post-Truth Era (2017), says that educators need to step up right away to address this problem. “We have failed to teach our children what constitutes evidence and how to evaluate it.”

Levitin acknowledges that misinformation has been around for a very long time, but is concerned that increased access to all sorts of deceptive materials coupled with our lack of ability to effectively scrutinize these items makes the need for direct instruction of these skills more evident than ever.

There is no quick fix for this. Helping students acquire the skills they need to differentiate between fact and fiction in the media requires taking time to teach students and ourselves to slow down a bit and look at the information presented through a more critical lens. There are free online resources available from respected organizations that educators can use as a springboard for teaching deeper media literacy skills.

Here are links to a few more resources you may want to explore.

Commonly accepted definitions of digital literacy typically refer to students’ abilities to find, evaluate, and use information. Now we need to act to ensure students master these skills. How will you address this critical need with your students? Here are links to a few more resources you may want to explore.

An experienced classroom teacher and site administrator, Susan Brooks-Young currently works with educators internationally, focusing on a variety of topics related to effective implementation of technology use in schools. She will be a speaker at DA’s FETC 2020.

From alligators to mac and cheese, PTOs add creativity to fundraising

Project Unicorn does not leave data interoperability to the imagination. The InnovateEdu initiative, which has grown from 25 districts to over 400 in just the past year, compels edtech companies […]

Educators in North Dakota’s Northern Cass School District #97 lead two days of professional development for peers who wish to co-teach. “It’s usually held during the day as we try […]