2 new superintendents detail how they got the top job Janice Epperson says it’s OK to not get a job if you aren’t the best candidate— but not because you weren’t fully prepared.

Epperson, the incoming superintendent of Humboldt City Schools in west Tennessee, said she received key guidance in being fully prepared from other leaders with whom she learned and collaborated at DA’s National Superintendent Academy.

Epperson, who had applied unsuccessfully for a superintendency prior to attending the academy, says her story centers around the “5 P’s”: “proper planning prevents poor performance.” The academy’s mock interviews and feedback encouraged her to do more research on Humboldt City Schools and its school board members, which helped her tailor her interview questions and responses more strategically, Epperson says.

She also developed a more extensive entry plan to lay out her new initiatives for the district, which, like her current system, has a large minority population and struggles with losing students to other districts. “At the academy, we had the flexibility and luxury of looking at other entry plans for ideas we can use and tailor,” Epperson says. “In seeking the superintendency, I wanted to make sure I did a lot of listening tours, having some forums with parents, and meeting with the governance of the town.”

The overriding purpose of the academy is to provide aspiring administrators with practical skills and information for seeking a superintendency, says Peter Gorman, superintendent-in-residence of the District Administration Leadership Institute and former superintendent of Charlotte-Mecklenburg Schools. “In graduate school, they’re getting the theoretical and the philosophical,” Gorman says. “No one has talked with them about what these things look like in action.”

Aspiring leaders also learn about working with school boards and setting priorities with elected officials, two more elements of governance that Gorman says are missing from most graduate programs.

More from DA: 4 ways Fresno ISD is encouraging students to return, and stay

A diverse group of about 30 to 40 educators from across the country participate in each academy, which also features chats with experienced superintendents and other scholars, such as CEO Janice Jackson of Chicago Public Schools, Superintendent Pedro Martinez of San Antonio ISD, and incoming Los Angeles USD Superintendent Megan K. Reilly.

Since the COVID outbreak, all of the sessions have been virtual. Starting in winter 2022, the academies will comprise one in-person session followed by two online sessions.

Participants receive continuing support and job coaching as they apply for superintendencies and begin their new roles. During the 2020-21 school year, 15 past participants became superintendents, Gorman says.

‘A better leader of learning’ 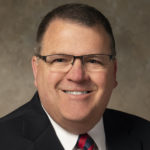 “Arrogance is an enemy of effective leadership” is one of the key learnings that Superintendent John Goldhardt, of New Hampshire’s Manchester School District, took away from his participation in the academy.

His experience, including extensive collaboration with other aspiring leaders, gave him the confidence he needed to finally seek out a superintendency, says Goldhardt, who was formerly an administrator in Salt Lake City Schools, high school principal and a professor of education. “The academy gave me the trajectory I needed to pursue a superintendent position,” he says. “It really made the difference for me in taking that next step.”

Goldhardt completed the academy with a deeper understanding of the political atmosphere that superintendents experience, the policy and legal issues they face, and the keys to being a truly ethical leader, he says.

He continues to communicate by group texts with some of the other educators with whom he participated. Their support and input have been especially valuable during the disruptions of COVID. “The learning is going to make you a better leader—a better leader of learning—not just a manager.”

Gov. Larry Hogan is proposing what he says is the biggest increase in school construction in Maryland history. He plans to ask the General Assembly to add $1.9 billion in […]

3 of the newest school groundbreakings to keep on your radar