Next generation science fairs include The Intel International Science & Engineering Fair, which brings together aspiring scientists from as far away as Saudi Arabia.

As science education has expanded in recent years to adopt the Next Generation Science Standards—which include project-based learning and multidisciplinary studies in technology, engineering and mathematics—so have the corresponding science fairs.

Instead of traditional exploding volcanoes or foam-painted solar systems that are sometimes completed at the last minute at home by frazzled parents, today’s projects focus on using the scientific method—from testing a hypothesis to presenting the findings—even for young learners.

Projects are often completed at school and shared with families during event nights, opening up the current iteration of science fairs to opportunities for creativity, inclusivity and community engagement.

“Young people are working on solving the world’s most intractable problems,” says Maya Ajmera, president and CEO of the Society for Science & the Public. Those problems include cancer, climate change and social justice.

Here’s what several districts have done to reinvigorate science fairs.

At Westgate Elementary in Arlington Heights School District 25, Paul Solarz has hosted a science fair in his fourth- and fifth-grade classrooms for more than a decade. The inquiry process for projects allows students to wonder, explore and experiment in ways that teacher-directed science lessons don’t, Solarz says.

By identifying a problem, researching the topic, planning and performing an experiment, creating a presentation to share findings, and then evaluating and reflecting on the project, students become more deeply engaged in the process.

Students conduct the experiments in class during a one- to two-month period, so Solarz can provide feedback and discover what each student is interested in and capable of doing. Students also create graphs, presentation boards, one-minute oral presentations with a hook to attract fellow students and parents who attend the fair, and a video to assess their presentations. During this process, students improve skills such as creative thinking, goal management, project management, media creation and media analysis.

“Kids remember the science fair now and ask me to continue the trend each year,” Solarz says. “This is not just a fad. We do classroom investigations once a week using the scientific method, and that is the most engaged I’ve ever see them.”

As early adopters of Next Generation Science Standards, Palm Springs USD administrators wanted to put the “fun and fearlessness” back into learning about science and engineering. The traditional district-level science fair was combined with a community event that celebrated STEM happenings and included art. The intent was to make science more approachable for families. In Palm Springs USD, the STEAM Expo & Science and Engineering Fair is a community event that promotes equity and access, and also encourages attendees to engage and experiment.

The event is now a family science night that encourages everyone to engage with experimentation—not just those who completed a project. The schools award medals instead of ribbons to increase the event’s excitement.

Each school now only sends five winners rather than 20 to the districtwide fair, which makes the event feel special and creates more room for families to play with robots, recycled art, coding, electrical circuits and digital storytelling.

“People expected to sit down and watch an awards ceremony, but instead we encouraged them to walk around, touch projects and do the activities,” Gordon says. “That is fun, even if you don’t like science.”

As a classroom teacher, Liza Rickey used to require her fourth- and fifth-grade students to complete formal science fair projects and compete against one another. As a science and STEM curriculum specialist at Issaquah School District, she also organized schoolwide science fairs with elaborate themes and events.

When her own children started participating in science fairs, however, she realized the projects were less engaging than she had hoped and more of a family burden. Consequently, she shifted from a strict adherence to the scientific process and broadened her view to include different kinds of intellectual work.

“Traditional science fairs are an unrealistic, singular way to look at science and don’t reflect what scientists do,” Rickey says.

The district now highlights STEM work that is happening in classrooms and clubs by hosting a communitywide STEMposium, where students and teachers showcase their knowledge and representatives from STEM-related industries share their recent work.

Rickey brought this mindset with her when she joined the new Sartori Elementary School nearby in Renton, Washington, as an assistant principal.

Instead of an annual event that rewards science projects, the school hosts family engagement nights that focus on different aspects of STEM, such as engineering or coding. The events emphasize real-world problems, student voice and advocacy in a celebration of learning rather than competitive experimentation. 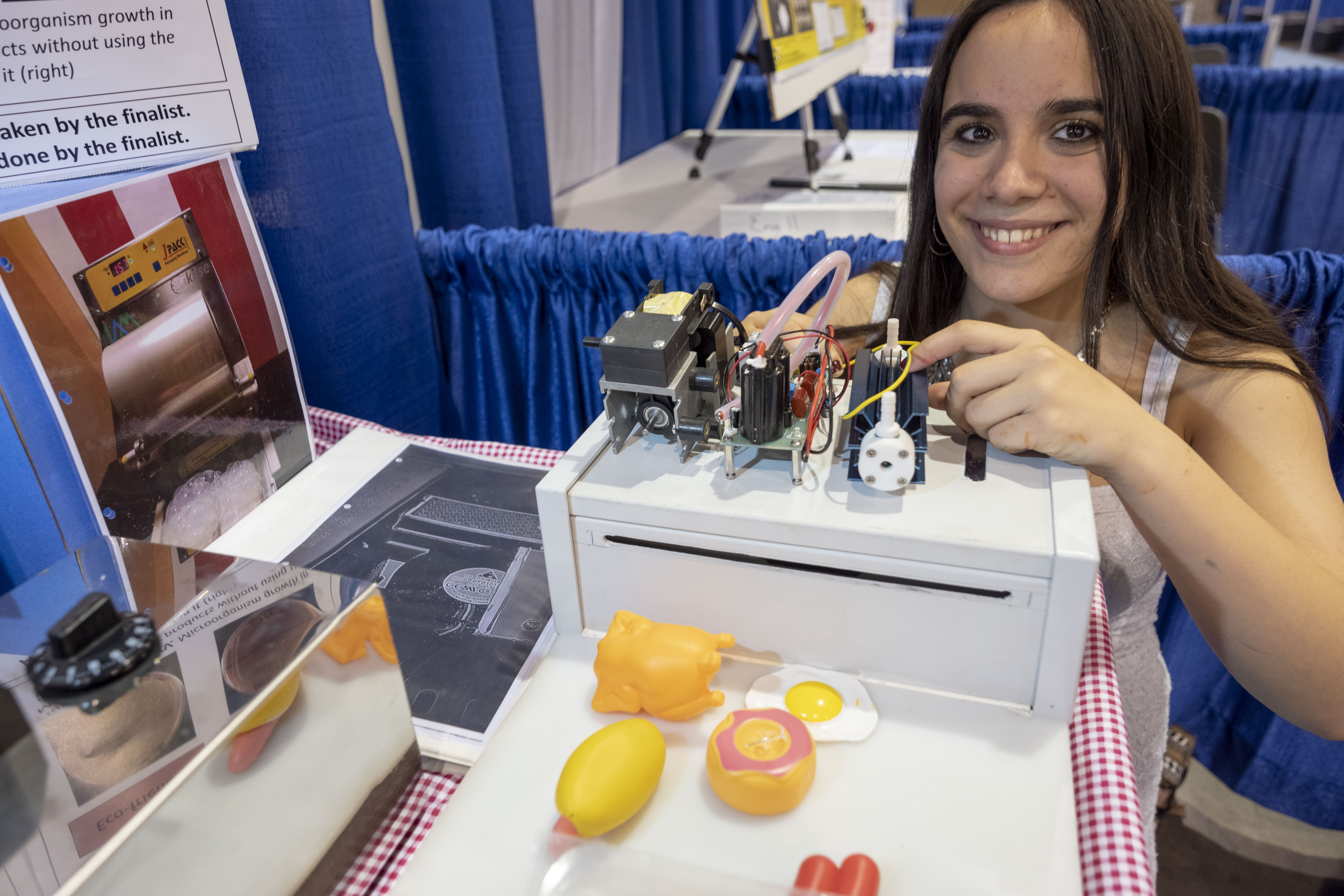 For instance, an upcoming night will focus on health and well-being. The school’s physical education teachers and community partners, such as local hospital staffers, will talk about heart rate, exercise and calories, and how using math and science can help keep the body healthy.

Nutritionists will teach students and parents how to read Nutrition Facts labels, and counselors will offer training on how to manage stress by recognizing fight-or-flight signals, knowing brain science, and using certain breathing or cognitive behavioral techniques to move through tense moments.

“This year, opening in a new location, we did ‘found investigations’ at school,” Rickey says. “How quietly do we need to walk in the hallway to not disrupt classes? Where do puddles form on our field? It’s about applying science to their lives.”

Traditional national and international science competitions have also broadened project categories. Organizers report a growing involvement of girls and students of color, in addition to a focus on project-based learning.

The Society for Science & the Public hosts the Intel International Science & Engineering Fair and the Regeneron Science Talent Search each year.

While students still use the scientific method, they are finding new ways to apply it to the world around them—from embedded systems and robotics to systems software.

“Projects have gotten more sophisticated as technology has become a bigger part of our lives,” says Michele Glidden, the organization’s chief program officer.

More young students are doing projects around a problem that affects their lives or community, particularly when it comes to the life sciences and social justice, adds Ajmera, the society’s leader.

They also participate in multidisciplinary work that uses biometrics, smartwatches and apps, for instance.

To foster this, administrators and teachers increasingly attend conferences around building a STEM program and creating related projects, Ajmera says.

“It’s quite mind-blowing to later see these students start major companies, build the global economy, and become researchers and academics,” Ajmera says. “I don’t know any other way that allows young people to do this.”

Student privacy and equity could be two casualties of educators' Herculean efforts to hand out millions of laptops and tablets to connect families after the COVID shut down, an advocacy group says.

Richard Corcoran said the Department of Education had reviewed data from across the state and did not find a correlation between sweeping mask mandates and the presence of COVID-19 in schools.