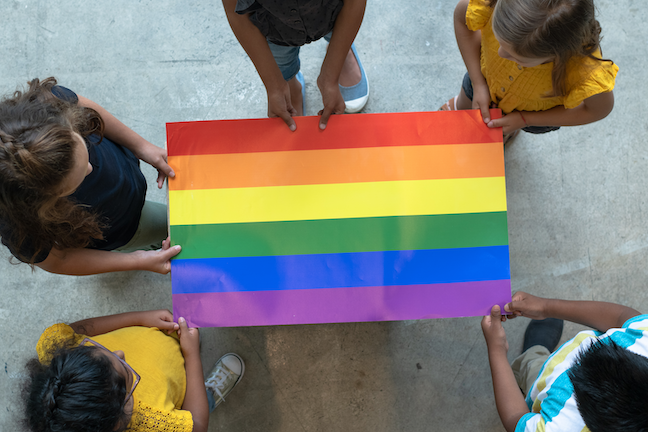 When a school has a gay-straight alliance, students in the LGBTQ community report being bullied less often “for stigmatized identities other than those related to their gender or sexual orientation,” a new study has found

Some 73% of LGBTQ students reported suffering “biased-based bullying” about their body weight, gender, religion or a disability, according to a new study from the University of Connecticut’s Rudd Center for Food Policy and Obesity that was published in the American Journal of Preventative Medicine.

In there report, ore than half of the students—which the survey identifies as “sexual gender minority,” or SGM—reported being bullied about their weight while about one-third were victimized because of their race/ethnicity and religious affiliation.

Because the presence of a gay-straight alliance, or GSA, creates a heightened environment of tolerance that improves school climate, these organizations also help to reduces the harmful health impacts caused by a wide range of bullying behaviors.

“One possible explanation is a ‘diffusion of inclusion’ effect, where schoolwide acceptance of ( through GSAs fosters a broadly inclusive school climate that spills over to increase acceptance of those possessing other stigmatized identities or attributes (e.g., high body weight),” the researchers wrote.

Laws in 21 states now prohibit bullying that targets sexual orientation and gender identity, according to the academic journal The Conversation.

“Microagressions”—defined as unintentional or unconscious actions that cause harm—are now recognized more widely as bullying, according to The Conversation

A 2017 University of Minnesota study found that 3% of high school freshmen, sophomores and juniors now identify as transgender, “gender non-conforming” or “genderqueer,” the Journal reported.

Florida is short more than 5,000 teachers, education group says. The pandemic and low pay are to blame

The average salary for teachers in Florida ranks 49th in the nation, according to the Florida Education Association, more than $10,000 less than the national average.

James and Jennifer Crumbley each face four counts of involuntary manslaughter and have pleaded not guilty.

Can interviews be used as a professional development?

The continuous cycle of improvement is a paradigm often used in education to explain activities that result in personal growth through reflection. So the interview processÑwhen enhanced by constructive feedback […]