9 things parents say about schools in the COVID-era

Parents remained supportive of schools even though many said their students learned less during remote instruction
By: Matt Zalaznick | August 18, 2020 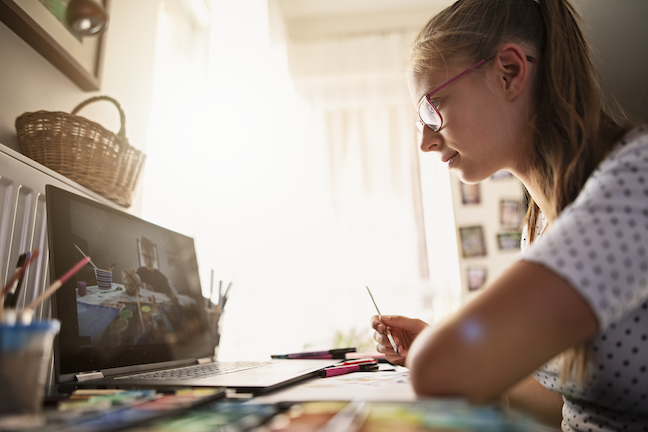 Parents' willingness to have children participate in online learning has risen from 60% to 73% over the past decade, according to an Education Next survey. (GettyImages/Imgorthand)

Parents’ confidence in public schools soared while approval of online learning grew sharply despite the COVID shutdown of schools this spring, according to an annual education survey.

Parents remained supportive of their schools’ response to the coronavirus even though a majority said student learning declined during remote instruction, says Martin R. West, a lead researcher and author of the 2020 Education Next Survey.

“We see it less as a sign that Americans thought everything went great and more as sympathy toward the extent of the challenge,” West says. “The other thing I would highlight is Americans are becoming more open to having students take courses online, particularly in high school.”

Over the last decade, parents’ willingness to have children take courses online has risen from 60% to 73%, according to the survey that was conducted in May.

More from DA: 5 insights into students’ mental states during COVID

Parents expressed more overall support for schools when they also reported that their children had consistent contact with their teachers during online learning, West says.

1. Teacher pay: Support for teacher pay raises remained as high as it has been at any time over the last decade.

When parents were given information about teacher salaries in their state, 55% said pay should increase—a jump of 19 percentage points over 2017.

Some 65% of parents who didn’t know the salaries backed an increase.

2. School spending: Support for increased school spending dipped in 2020, but remains higher than it was as far back as 2017.

Some 45% of Americans said that K–12 school spending should increase.

Nearly 60% of respondents gave their local school an A or B grade, just two points down from last year; 30% gave the nation’s public school system the same grade, the highest approval rating recorded by the survey.

Respondents also rated 61% of local teachers as either excellent or good—a 5-percentage-point increase since 2018. They only rated 14% of teachers as unsatisfactory.

More than half of the respondents from both sides of the political aisle were most supportive of giving tax credits to fund private-school scholarships for low-income students.

Republicans, meanwhile, were far more supportive of charter schools than were Democrats.

While nearly three-quarters of Democrats support free college, only 29% of Republicans do.

How do you help girls thrive in school?

The study is among the first to look both at ways to boost girls' access to school as well as their classroom performance.